After a short discussion on Twitter related to my Daily Blogging is disappointing post, Chris Lema said that I was wrong:

@mattmedeiros @sarahpressler @no_fear_inc Yes he is. But he’s also wrong. 🙂 I’d explain, but I’ll do it tomorrow. In a new daily post. 🙂

and then he followed up with another post – Five reasons I recommend daily blogging (even if you disagree), with another subtitle labeled “This is a post about regular writing”.

Now, since I respect Chris Lema a lot and being able to chat with him helped me and my business, I’d like to follow up as well and provide a different perspective, or find the right intersection for our perspectives. The NLP defines some terms such as the “map of reality” for every person’s perception of the surrounding world, based on his/her own experience over the years, social status etc. Hence the other popular NLP reference: “The Map is NOT a Territory”.

All In for Regular Blogging

One of the first things Chris says in his post (linked above) is:

I’m sure people could discover the same benefits in 3 or 5 days a week just as easily.

Now, this is exactly what I’ve been meaning to explain and I try to do so to people who jump straight into the daily blogging routine due to the advertisement campaign without thinking through it. I had my own blogging challenge started based on others, that I used to improve my regular blogging in some sane manner (according to my personal understanding). Regular blogging is great, whenever it’s once a week or three times a week, but very few people could be engaging and educate every single day.

It requires a lot of practice and it could be crucial during the transitioning process.

Historically we know that religions, countries, parties, armies and more had started thanks to leaders who were able to affect the audience, bring a crowd together, and place a given thought in each head (figuratively speaking). Movies and books also teach us that leaders could be good and bad, and bad leaders could do collective damage in a higher scale if their followers are too blind or ignorant to see what’s going on. Often they’re not either one of these, and just have another map of reality.

In Reading the Leaders I’ve also shared my concerns with people around me who start reading a given author or two and blindly trust whatever they say. It’s a natural thing – a leader is a recognized figure in a given field, and whenever the majority of people trust him/her, we tend to be more perceptive to what they say. And sometimes the “more” is “everything”.

I teach classes and courses for a few hundred hours every year. This means: several hundred hours of me explaining some theory (usually from the IT world) with examples to my students. As a concerned citizen, I’ve always tried to be as objective as possible, provide external references, use enough examples and demos to prove my point and outline the good practices against the bad ones. And it was okay for a few years.

In 2010 I had several unrelated conversations with other trainers; and few of them with one of my first mentors. I had been living on junk food for years, drinking about 6-8 cans of Coke a day. He kept promoting me that book for healthy living and everything, Finally, I tried it for two months, but then I got back to my old lifestyle.

In 2012 I observed a public conversation when the same person asked another speaker after his talk: “How do you feel about setting that bad example to your students?”. That epiphany stroke me right there. The teaching/leading process is not only related to the classes. It’s not only applicable in that given time frame, twice a week for three hours, and it’s not even only related to the technical part or whatever you share with the people.

It’s about your entire lifestyle, including your daily habits. Some people followed my blogs or social media accounts, listened to some of the bands I shared, read some books that I’ve read, visited the coffee shops that I like. It’s all related, and even habits as smoking, drinking, eating unhealthy food could be a reason for them to say:

“Hey, it’s a stressful job, I need to be aware that in order to be good, I have to work all the time, so I won’t have any time for steaks, and I’ll most likely start smoking to reduce the stress in order to be good. That guy does it, and he knows his stuff – so it’s probably for the best”.

I’ve changed my habits completely, lost 15 killos (30 pounds) for a few months, and I try to bring water and orange juice with me in class instead of coke.

People tend to do assumptions whenever facts haven’t been stated directly, and sometimes even after that. The reason is that whenever you have a role model, the easiest way to “clone” the success seems to be to clone every single aspect of his/her life – outlook, experience, knowledge, contacts, behavioral patterns, etc. That’s what mentors try to explain and imply, where they stress the best factors and the related fields.

That’s one of the key points of the advertisement industry for movies, books, and celebrities (movie stars, musicians, etc). Kids want to have the Superman swag which would make them feel like him. Football fans would try to steal the lifestyle of their favorite player as it would increase their chances to become as good as him.

I wouldn’t even go anywhere near the heavy metal industry as I’ve played in rock/metal bands for years and I know how many confused guitar players use illegal substances “because we have to do just like X does before his gigs!”.

Everyone has his/her own weak spots, or vices. And we can’t quite control what we expose and emit to our connections. But the more punctual we are, the easier would it be for them to get the right idea.

So, in our dearest blogging example, “regular” and “daily” blogging are two different things. Or, the latter is a subset of the former.

I’m a firm supporter of the regular blogging myself, twice or three times a week for some bloggers that I like. I’ve “lost” a few favorite bloggers due to them being too inactive and irregular and eventually abandoned blogging at all. I still miss them. But new daily bloggers who have been blogging irregularly for many years need to practice. They need to plan ahead, to collect resources, read regularly other blogs for inspiration, etc. It takes time, it’s not easy in the beginning and as with everything new, it would affect the readers over the first few months.

I would personally recommend you, if you’ve just read about the enhancing “daily blogging” – please consider some transitional process instead, just as a trial. Start blogging in different blogs, or write a blog post three days in a row, without publishing every day. Or become a daily blogger by slowly increasing your publishing pace. Don’t get radical and drastic as it would likely affect your blog quality. Most of the bloggers I follow who have recently turned to daily blogging use the same quotes and catch phrases all over again, they just put random unrelated stories to fill in the blanks, and avoid the important part of the blogging – sharing, educating or whatever their magic was before.

If you’re a genius and you can just start blogging every day for all the useful stuff on the planet in an entertaining and amusing way – please comment below with your blog and I’ll follow you.

If you’re a dedicated follower of a daily blogger, you could still give it a try – just don’t cross the line (see the fictional Stan figure for a related example) 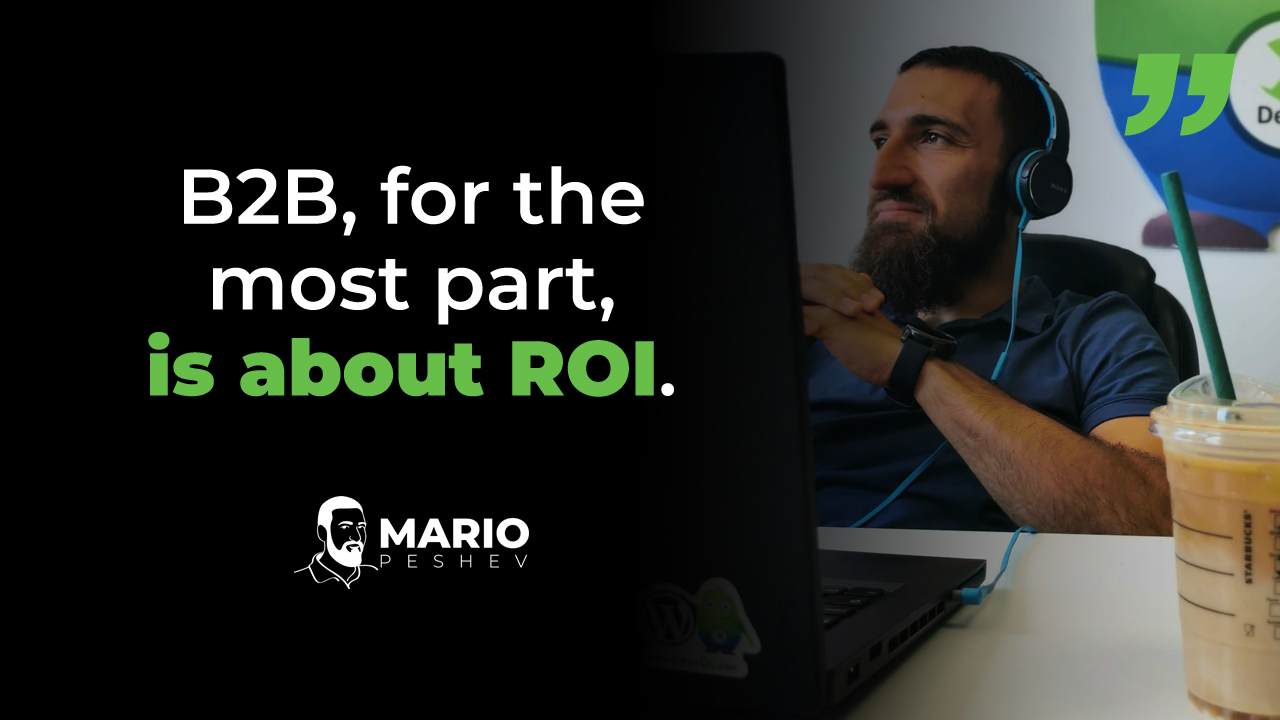 Why Do Digital Marketers Screw Up When Working In B2B? 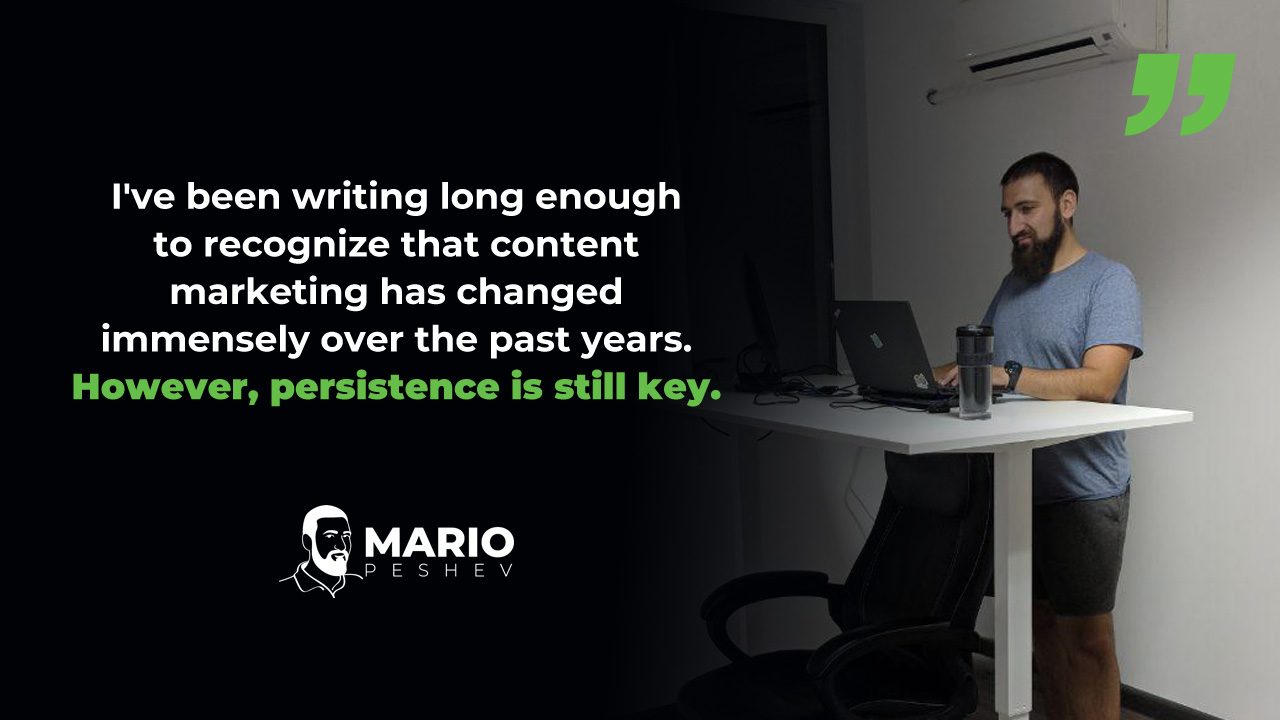 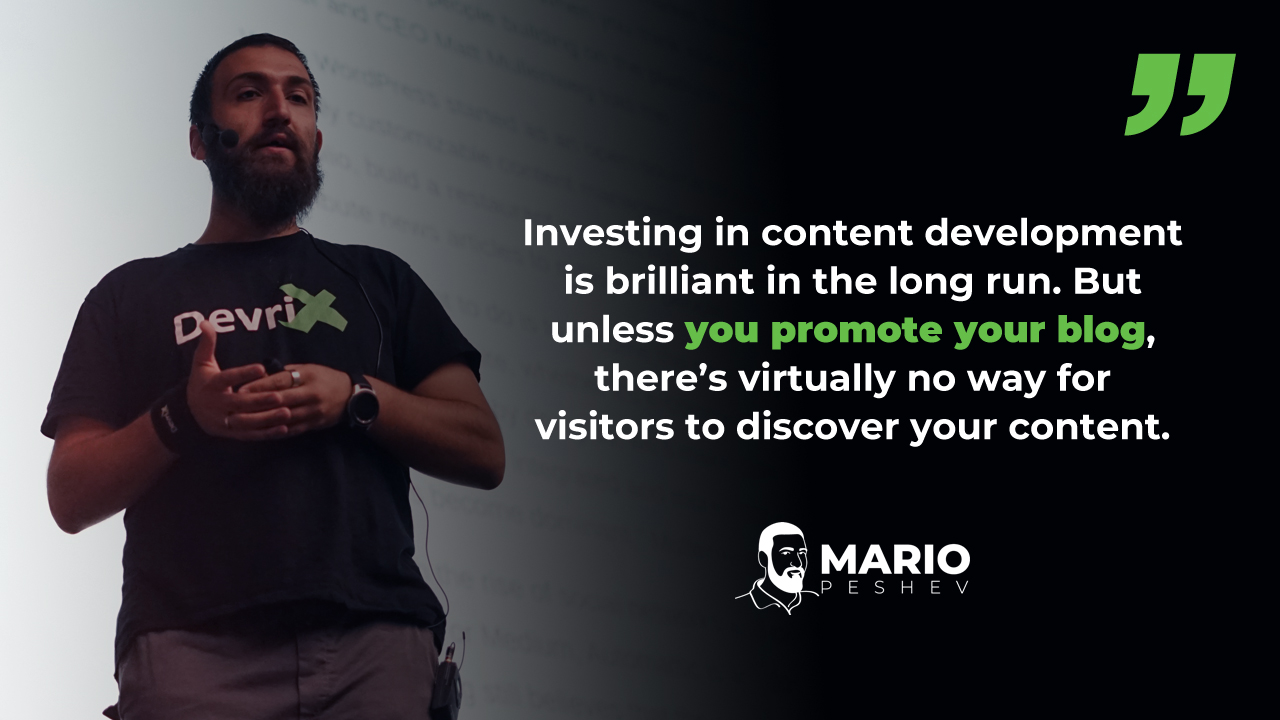 3 thoughts on “Regular Blogging and Misconceptions”