One of the leading causes behind businesses losing and wasting a lot of time and money is the amount of time they spend in business meetings.

Middle managers typically spend 35% of their time in meetings while those who belong to the upper management spend 50% of their time. Employees, in general, spend up to four hours every week just to prepare for status update meetings.

According to Bain and Company, 15% of the collective time of an organization is spent in business meetings and this has been constantly increasing every year since 2008.

Let’s take a look at the ripple effects of a weekly execom meeting of a large company:

Although not all business meetings lead to losing and wasting of time and money, there are two main categories of meetings that are definitely deplorable: unorganized and unproductive meetings.

According to Doodle, unorganized meetings cost USA companies as much as $399 billion. The chart below also shows the losses incurred by the other countries in terms of cumulated year cost in hours, days, and years.

The calculation also factors in the following premise that business professionals:

This goes without saying that unorganized meetings also have a personal impact on all the employees involved.

Among the consequences of poorly organized meetings are the following:

Now, here’s the painful truth—most meetings can be unproductive no matter the amount of effort you put into organizing one. 67% of the business executives consider meetings to be failures for this reason.

The following are what causes unproductive meetings:

Often, these are the manifestations of unproductive meetings according to the respondents of the survey:

Most people are really quick to organize business meetings. They schedule meetings for everything and make a meeting endless which is a no-no in the enterprise world.

In general, the following are what can lead to a successful meeting:

To help you further, let me share with you eight specific tips to work around business meetings.

1. Meet Only If Necessary

Most of the time, meetings can be avoided.

Meetings may not be urgent or a high priority. You can also organize asynchronous discussions. As a general rule, meet only if you need a real-time discussion or you intend to solve a problem.

Before you organize a business meeting, assess the situation by answering the following questions:

You may end up thinking differently after you have re-assessed the situation and decide to explore other options besides organizing a meeting. Making this decision can be extremely helpful for your team and for the entire company.

2. Shorten Meetings as Much as Possible

The longer a meeting goes on, the higher the chances you are wasting time or money.

To get a better picture of how much you would be wasting, you can calculate your meeting costs by following this formula from Harvard Business Review:

You may strategically organize a stand-up meeting to ensure that your meetings will be quick.

If you have a stand-up meeting, this means that you need to be standing for the duration of the meeting so you will be inclined to cancel the meeting as early as possible.

You may also organize a meeting just a few minutes away from an appointment so you would be reminded to cut the meeting short.

Most people extend meetings for a very specific reason—sometimes, too specific.

The CEO or a VP asks someone, “Hey, what would it take you to deliver this, or land this client, or accomplish this?” Instead of discussing the details afterward or instead of discussing just a rough ballpark first, the whole discussion expands for another 10 or 15 minutes talking about, “Yeah, I’ll need to talk to this guy”, “…but then we like that so we need to buy this and go to this warehouse”, and “do this and do that”.

Talk about goals and milestones, don’t talk about all of the problems which can be too much to handle over a single meeting. Just discuss these problems afterward and then sum it up for everyone to know what you have talked about.

Of course, this should also entail that you follow a strict deadline instead of waiting for a whole full hour for a boring and inefficient meeting.

3. Avoid Specific Topics That Can Lead to Arguments

Choosing specific topics for a meeting can be tricky but it makes quite a lot of business sense if you think about it.

There are specific points that nobody agrees about, where you need a five-hour meeting which is never going to happen of course, so it needs to happen over time.

Set the foundations of everything needed. Start with topics that everyone can easily agree on or discuss without resulting in heated arguments to a full-blown workplace conflict. You can watch out for certain triggers by taking notes of your previous unsuccessful meetings.

By focusing on what can bring everyone to an agreement and not to an argument, you can ensure that the meeting will be successful and that everyone in attendance will be motivated.

So the next time your people talk about complex business problems, you already have decided on what’s the best way forward.

4. Lay Out The Meeting Agenda

The following steps can help you layout the agenda of your meeting:

It is also important to prioritize your agenda. Although it is tempting to cover as much area as possible during a meeting, a lot of things must be considered first before you could say that such a meeting time is the right time to talk about certain items. Prioritize only what matters most and what needs urgent attention.

Another thing that you can do is to specify who is expected to present during a meeting and confirm ahead what you expect from them. This prevents anyone from getting caught off guard in front of others.

What this does are two things. First, it’s adding context to the conversation so that everybody knows what we are talking about. And second, it is actually assessing the priority, and the necessity, and the severity of that particular problem.

For instance, in web development, you can have a problem with a typo in the “About” page. This problem will not mean the end of your world.  But if you have a broken checkout page, it is a completely different problem. So, just assessing the priority and importance of those features is super important while conducting your meetings.

It’s really easy to get emotional over a meeting. Emotions are not necessarily a bad thing. I believe that emotions are great because it means that people are passionate about the product, about the team, about the company, and about what they do.

Lack of emotions is what bothers me a lot more than emotions themselves, which is why keeping and sticking to the facts is extremely important. Always try to use data, avoid being subjective and relying on emotions.

Encourage everyone to use facts, stick to the guidelines, the best practices, the specifications, and everything that would be helpful to set some context and put a specific frame around your agenda.

Clearer deadlines are important for a very good reason. Ambiguity in deadlines means that something is going to drag for months, if not for years, and nobody’s going to treat it as a priority.

Deadlines are extremely important which is why we are also treating our internal products at the company as first-class citizen projects. We are allocating time and resources—everything to make sure that they stay on track.

We weren’t used to doing that for years and this was dragging them for years so I know firsthand how much of a problem it is when you don’t use deadlines in your internal planning.

You do not just end a meeting abruptly and leave everyone to recall what has transpired.

Meeting summaries, also known as meeting minutes, are the recorded versions of a meeting, in written form. When summarizing a meeting, write down what has been discussed and agreed upon.

TranscriptionWing recommends that a meeting summary contain the following information:

At the end of the day, you really wanna know what has everyone agreed on and what the team thinks should be done before the next meeting, by the end of the quarter, and so forth.

So, make sure you sum up every single conversation. Just as you would rather otherwise sum up a conference talk or any type of media talk.

8. Randomly Assign Someone to Recap

I got this idea from Paloma Cantero-Gomez’s article on Forbes about business meetings.

To ensure that everyone in the meeting has been following through with what everyone has discussed, tell them that you will be randomly assigning someone to recap the entire meeting.

Normally, there is someone appointed to take meeting minutes and to take notes. But asking someone, a random person in the audience, to send you a recap and all this know-how is something that can help you a lot.

This can be a slippery slope because sometimes, just taking notes may be a time-consuming exercise and not everyone can get involved and engaged in the conversation. But as a general rule of thumb, it’s a great idea.

You can even say in the middle of the meeting something like this: “Hey John, you’re sitting out there in the corner, make sure you send us an e-mail of the meeting minutes by the end of the day.”

That’s a great way to just make sure everyone is connected with the rest of the meeting. Nobody is slacking and nobody is getting distracted. It is definitely a great strategy to motivate your employees and keep everyone on the same page. 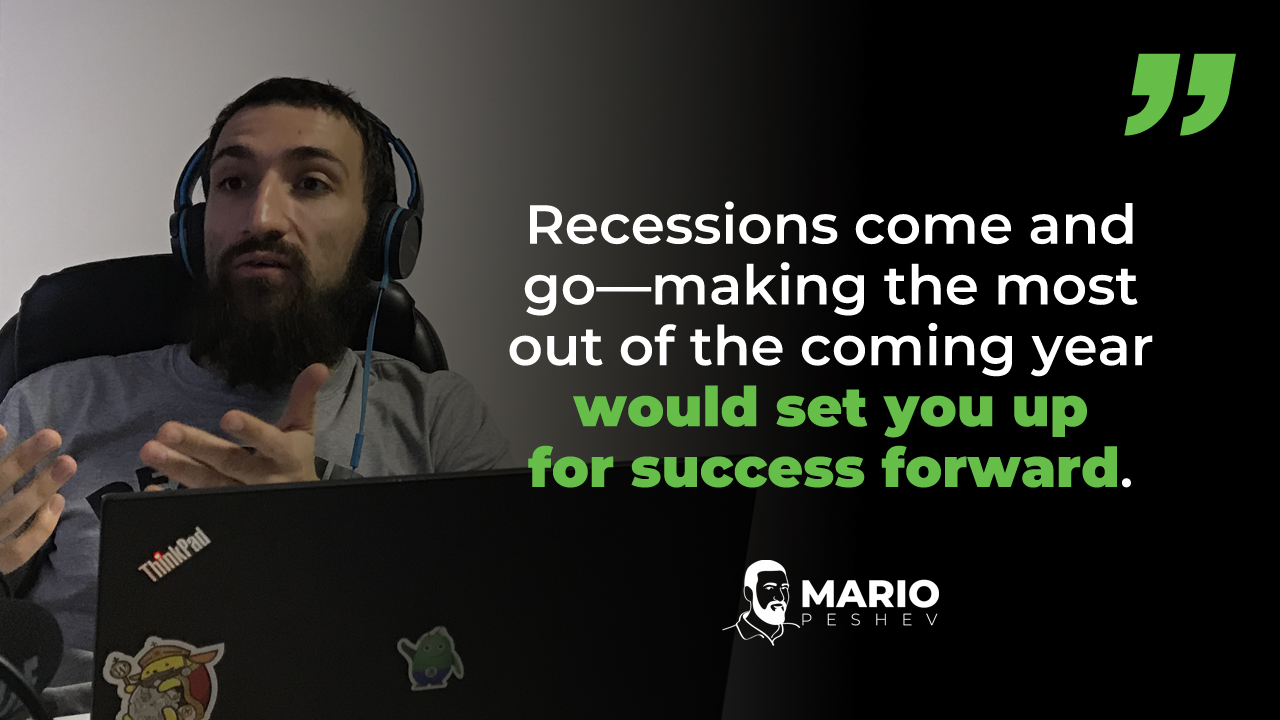 5 Business Predictions for 2023 Following the Downward Spiral in Tech 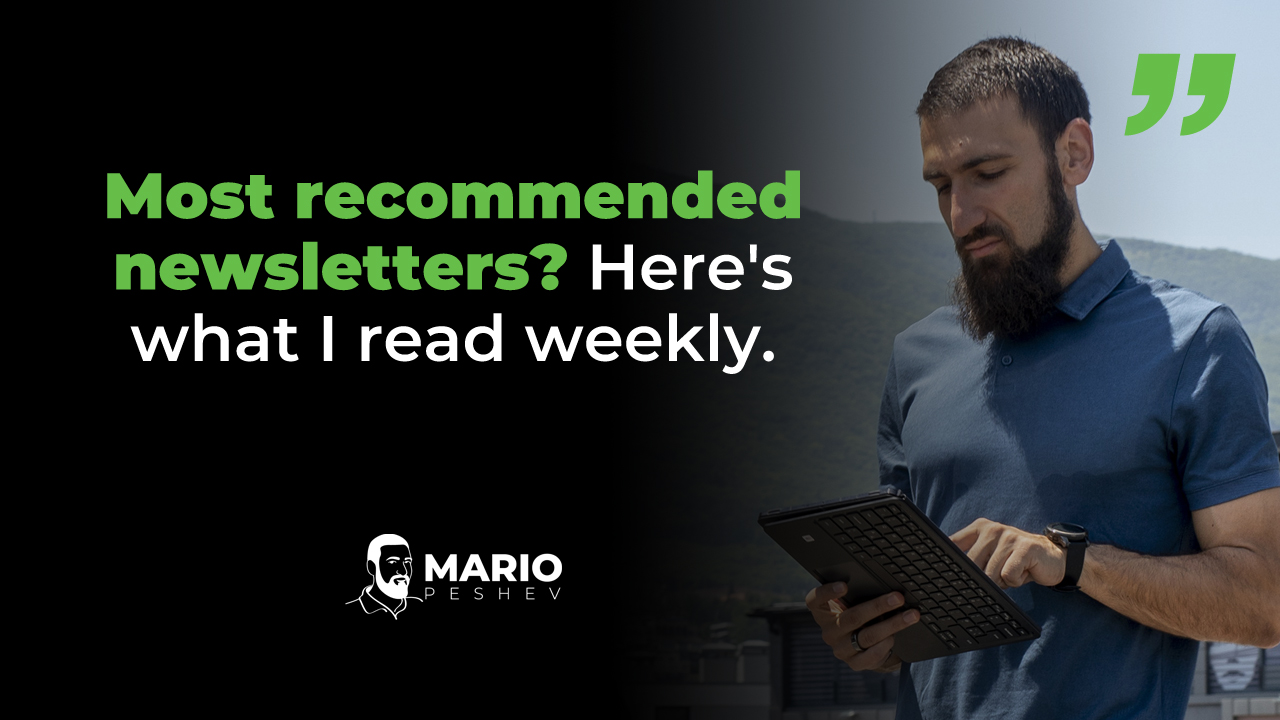 Top 26 of My Most Recommended Newsletters 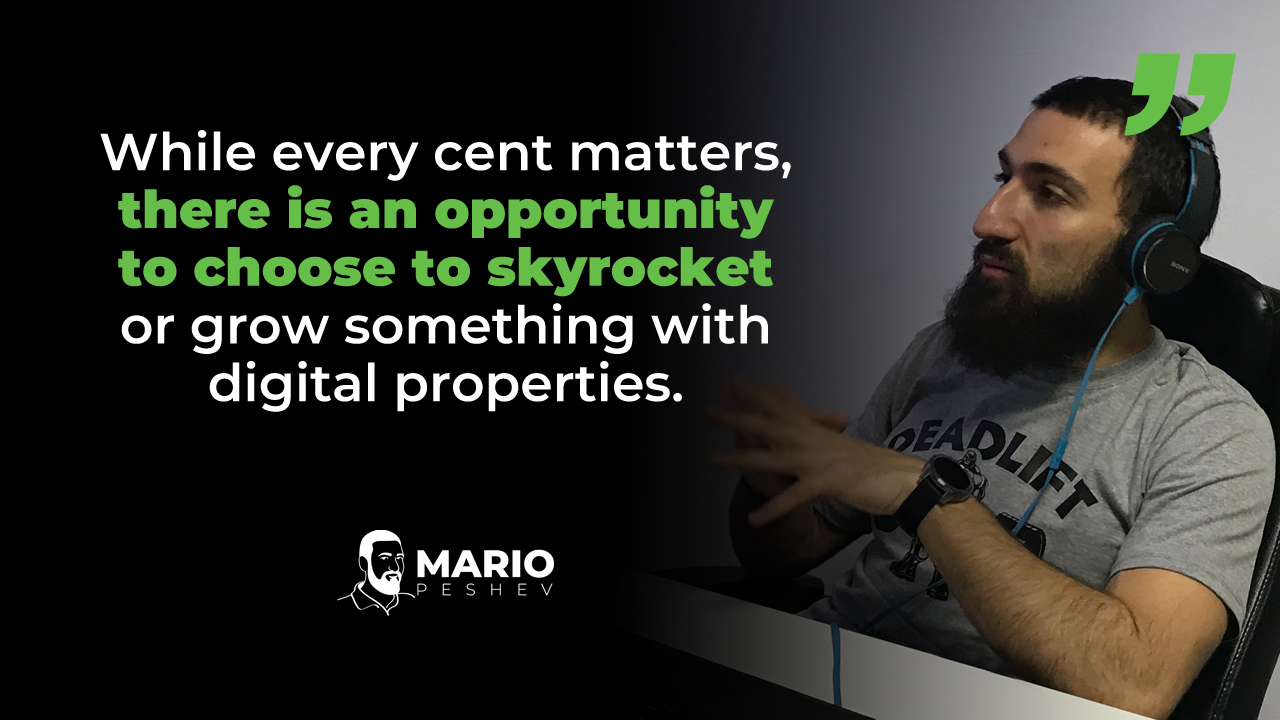 Acquiring Digital Properties: Why, What, and Where to Buy