I’m the CEO of DevriX, a team of 40, building high scale WordPress applications. So full disclosure, I’ve spent four years at the university and I still haven’t gotten my diploma. I have a few credits left and I don’t really find it to be a major priority going there, taking the final exams and basically receiving my diploma.

So just to add some context here, I work in IT and I landed my first job somewhere around the age of eleven. Obviously, it’s really hard to actually learn the job at that age so I was freelancing, repairing computers, reinstalling operating systems and stuff like that at the nearby computer service center.

Later on, I started doing translations, writing work and a bunch of other things. My first full-time software development job was at the age of 16. I was having a hard time dealing with both things at the same time, but I managed and this was really fruitful for my future career goals.

What I’m trying to say here is that I didn’t need a college degree in IT, but I’m going to discuss how valuable each college degree is in the long run for different specialties.

How Valuable Is A College Degree?

First off, college degrees are popular and the reason they’re popular is your parents have already graduated so they have a diploma. They have found work through that and this is how they bootstrapped their career.

Second, some jobs are actually asking for that sort of degree.

Third, there are some specialties that you can’t really practice without a degree, such as fields in medicine, law and other legal specialties and etc.

Fourth, there are tons of institutions that are relying on your annual fees or semester fees in order to make a living out of that. Universities that have been around for over a hundred years, that’s what they do for a living and if nobody enrolls for their courses they are basically out of business and we’re talking about hundreds to over a thousand people working in that specific institution.

So long story short, how can you decide whether a diploma or any type of university degree is valuable for you?

Well, I try to take a very pragmatic approach when assessing the necessity of a degree in the grand scheme of things. For example, what I try to think of is:
• Are there any other ways to land a job and to pursue my ongoing education without a degree?
• What are the other possible alternatives?
• How expensive is landing a degree?
• How long would it take?
• Do I have to take any other classes afterward or internships or anything else?
• What other expense are including on top of my university education like accommodation, food, other daily expenses and etc.?

And this adds up very quickly. So when you think of those and then a bunch more you can try to figure out whether your diploma makes sense for you as someone looking for career development and career growth and so forth.

For example, there are specific jobs and actually a lot of jobs it can start off with without a college degree. But sometimes you can hit a specific limit or a specific threshold in your career growth in your career hierarchy. For example in order to become our senior major somewhere or you know lend any other type of senior role you may be expected to have that university degree. Of course, if you’re expected to work in education as a professor or even an assistant professor you may be required to have that degree as well if you want to do Arlanda for a laboratory or anything like that you would still need that specific degree. So it gets a little bit complicated and it depends on what your priorities are. But in a nutshell, think of it in the following manner. Try to calculate or try to assess the job prospects for your specific degree. For example, if I graduate from something like anthropology or Egypt sciences or something like that how likely it is for me to get a job or am I going to actually work something completely different because there are no available jobs for that specific thing. I actually know people who graduate with like a rabbit sciences or again and troppo anthropology or any other specialty that doesn’t have long you know a large volume of jobs available for that specific specialty. And also people find that to be interesting and they are curious in learning that which is great but if you’re having a hard time actually learning a job afterwards or if you’re job opportunities are extremely limited it may actually translate to you working in a completely different type of job.

So, for instance, I have like just as an example of our lead QA as our office has a masters in nuclear sciences or something like that. So their base is basically being called how to create something like you know nuclear weapons or maybe I’m overexaggerating but you get the point. But there aren’t many job opportunities for that. Unless you want to work with the military and essentially engage in some kind of dangerous activity so he’s working as a Q A. And he’s quite happy and he’s leading a couple of articulate on our team.

So, in a nutshell, that kind of skill may be translatable to the type of day job that you choose to pursue another later point. For example, if you study archaeology you may not be able to go in and dig with old bones or for seals or something like that but you may find the very Neesham specific job writing for something like island or Discovery Channel or the history magazine or anything along those lines. And this degree may be of use for you with all your knowledge and all your education in that field for you to be the best prospect for that particular job. Another thing you need to consider is how likely it is for you to actually pursue that particular job and do no matter what in order to become the best at it.

[00:06:11] Because again I know people who are for example can’t start as managers in their parents organization or something like that but they prefer to for example become chefs and they work extremely hard over the course of several years then they Steinhafel master chef or something like that and they may be rejected one year after another after another but eventually they start there and they graduate and they learned a very reputable job in the cooking industry. But this means that they have work you know two times three times harder than almost everyone there in the field simply because they didn’t just want to land a random job but they wanted to become among the best in that specific industry.

So if you’re among the best in your particular specialty if you really work extremely hard over the course of many many many years you will be successful regardless it’s very unlikely that you won’t be able to find a job in your specialty. It’s just that you may kind of compete with 200 other people for five or ten different positions and this means that you really need to stand out in your particular field.

But again at the end of the day, when you take a humongous loan in order to pay off your are students that you need to consider whether it’s worth it in the first place. You need to account for how long would it take you to pay that debt off. And what are your other possible career options like can you actually start a job in the meantime. Can you save those money upfront or at least a portion of those money to invest in private education?

Some academies will boot camps for workshops or will ever be. Can you start with kind of another specialty and then try to study in your own time through game books or courses or something like that.

They’re usually more than one right part for a specific job so try to explore your kind of favorite industry as early as possible try to read case studies for other people who have been in that field try to look at those people on LinkedIn see what their job is, or they have a degree already.

You may even try to contact some of them you know most people are actually open to answering that type of questions. By humble people especially students who really want to understand the field better. So if you do that you can actually understand whether a university degree is required whether there are job opportunities without that whether you would be better off with a degree as compared to not.

But in a nutshell, there is no right and wrong answer. Again there are some specialties like if you want to become a lawyer you need to pass the bar and in most countries, there is no way around that. Same goes for doctors. You know they need to study long and hard. Then they need to be to take apprenticeships in different hospitals and not all workers nurses will ever be paid and spend sometimes five to eight years maybe even 10 in order to become actual professionals in their field. But for most jobs that’s not the case so for most jobs you’re free to choose whether your kind of ideal career path. And I know how hard it is to predict that early on at the age of 17 18 19 even 20 to kind of decide on what the right path. And what would be the possible blockers. Speak with your parents speak with other parents you know ask questions on Quora or other resources and just try to get as many opinions as both as possible.

Don’t get influenced by a single opinion or to try to educate yourself as much as possible. Try to predict how interested you are in reality by that specific job. Find people who worry that job if it’s actually of interest to you and so on. And then you would be able to decide whether a degree is needed or it’s an unnecessary expense. 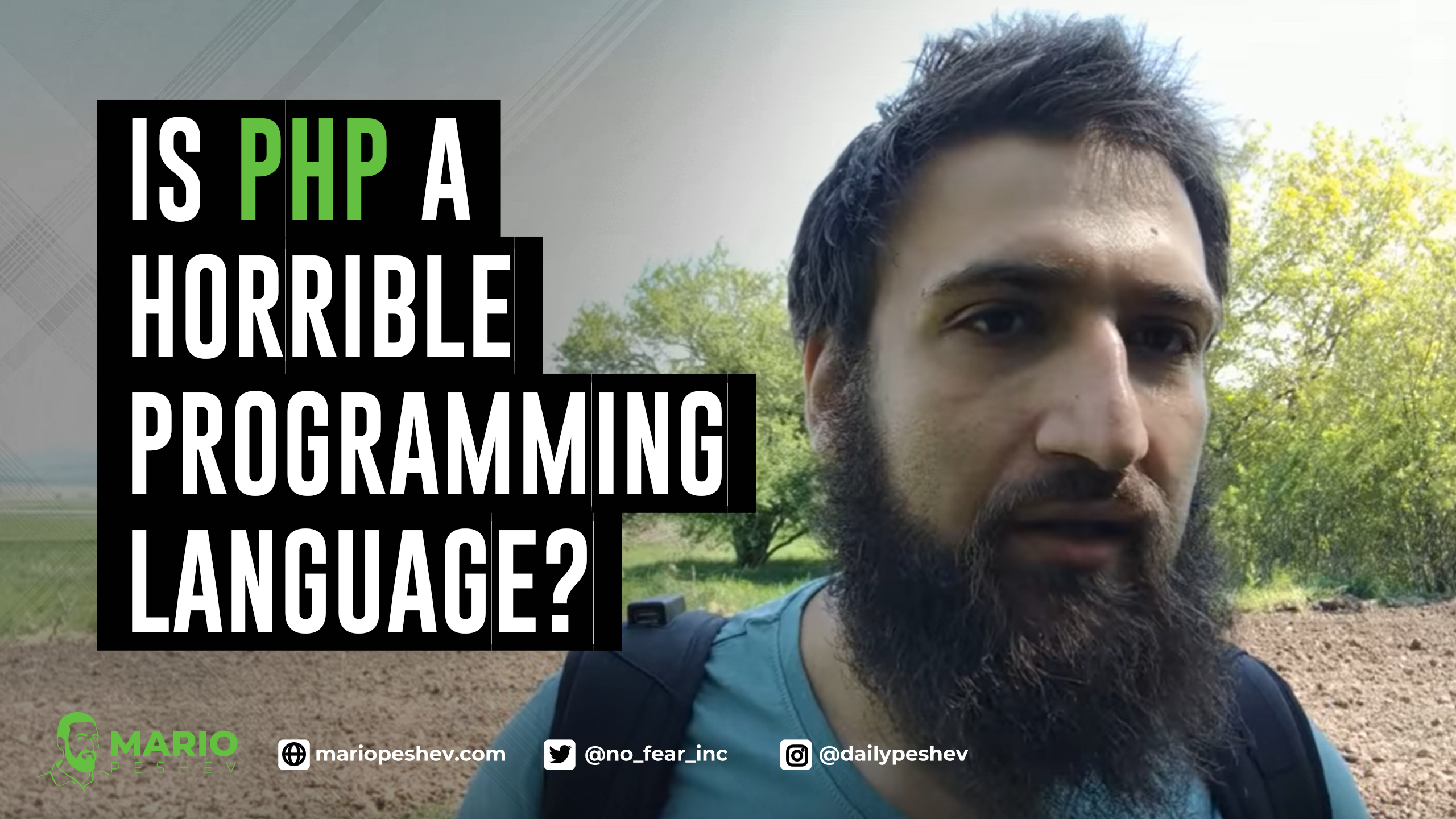 Share “Do You Need a University Degree to Be Successful?“